Math worksheets with mixed addition and subtraction problems. These problems help a lot to get students to pay attention to operations. 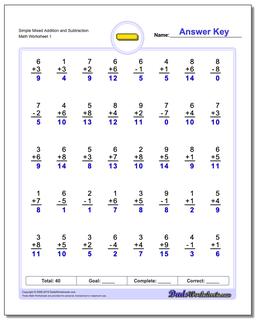 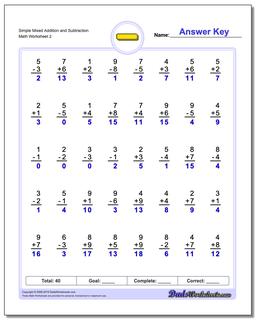 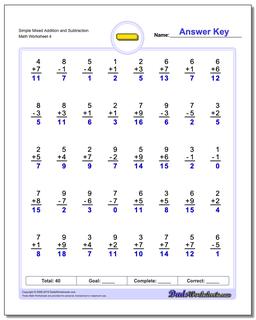 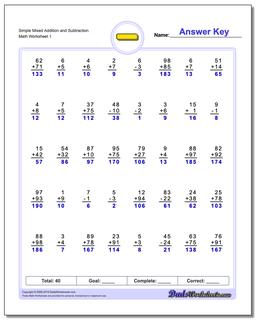 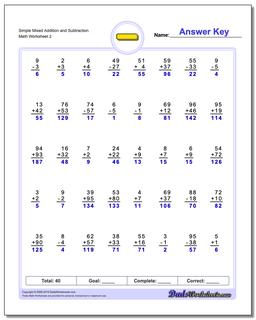 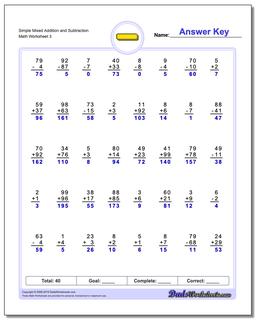 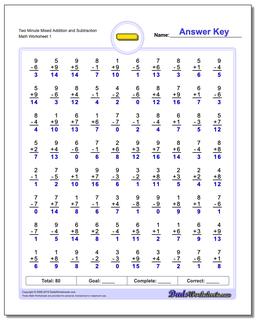 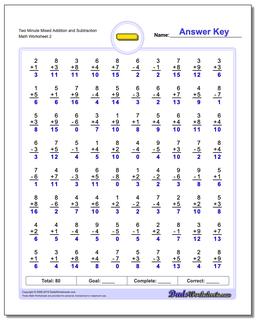 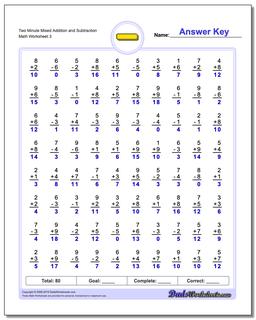 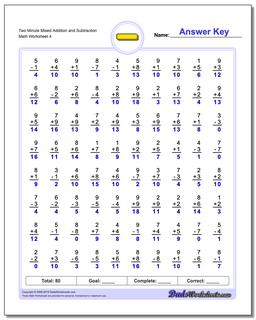 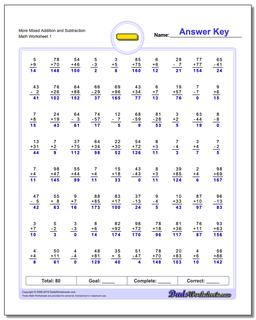 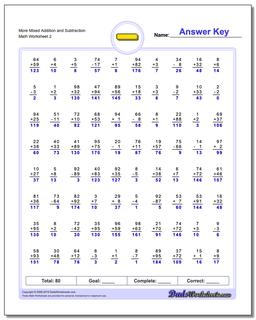 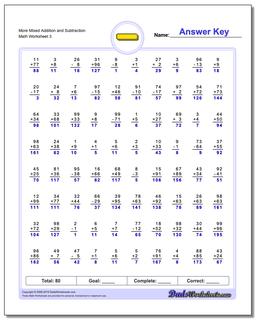 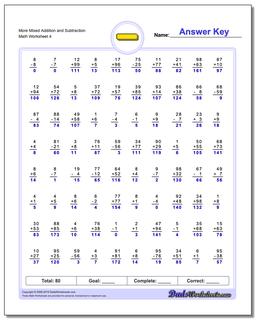 It is important when learning the basic math operations to develop the skill of looking at the operation itself on each problem. Often, when we focus on only a single type of math fact at a time, progressing our way through addition, subtraction, multiplication and division facts, we can find that students become 'modal' when looking at a worksheet. For example, they will determine that a worksheet contains subtraction problems and they will shift their mental gears to 'subtraction' and then solve everything in front of them as a subtraction problem. Even if it's not. These worksheets are a great way to break this learned behavior, to reintroduce addition facts as the subtraction process is being followed, and to just in general mix things up a bit before we move on to the multiplication fact practice. There are various sets of mixed addition and subtraction worksheets here, including versions suitable for both one minute and two minute timed practice.