Printable math flash cards provide a way to practice your math facts on the go! These flash cards print single-sided, or if you print the second page on the reverse they will give the answer for the flash card fact from the other side at the top of the card. Each set of flash cards is color coded so you can keep the math operations separated. The multiplication flash cards have extra sets for the times 10 and above facts. There are division flash cards as well, including problems with remainders.

Whether you are just getting started practicing your math facts, or if you are tring to fill in missing knowledge for timed practice tests, these free printable flash cards for addition math facts will help! 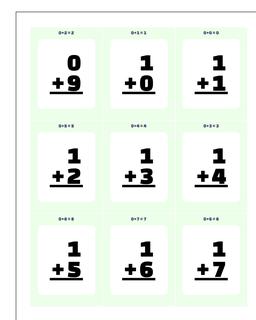 Once you have mastered addition, practicing with subtraction flash cards is a great way to insure your student progresses rapidly into the realm of subtraction. 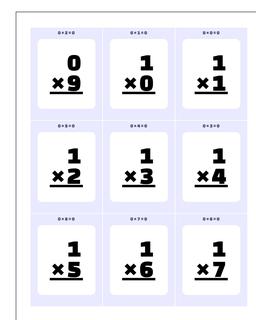 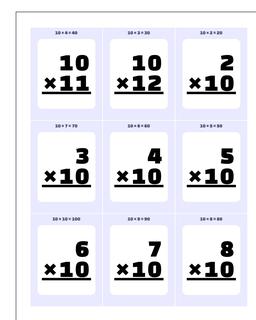 Oh, you've mastered your multiplication facts and thing you're all done, do you? Pring out these division flash cards and get to work kiddo! These flash cards have the core division facts. 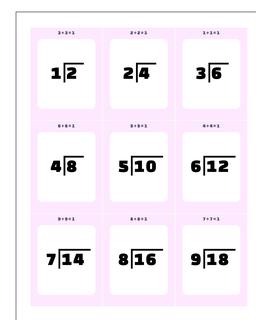 Additional division flash cards for dividing by 10, 11 and 12 facts, because, you know, 4th graders like to taunt, too. 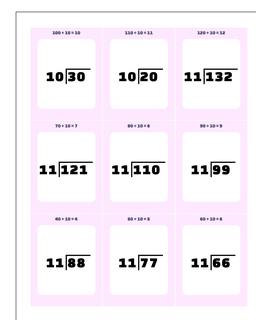 While you may question why you need to memorize flash division with remainders facts, they can quickly develop number sense and help with long division work later where you have to estimate a possible small division quotient that may not be a precise fact. These flash cards for facts with small remainders are a great exercise for students who have mastered their division facts and are just starting long division. 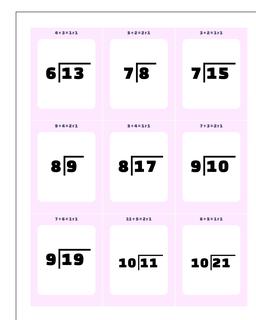 Flashcards for common exponent facts. Mix these into your multiplication flash cards for an extra bit of spice in your math fact practice! 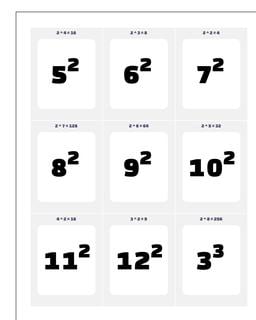 When timed tests aren't enough, when you've drilled and drilled with worksheet after worksheet, when those math facts just don't stick they way they should, it's time to call in the big guns... Flash cards! Many an afternoon I spent sitting on the couch with my mom, going through the deck of multiplication flash cards, trying to get the facts down for the timed test that was coming the next day at school.

But oh the peril! That couch swallowed cards, and I know that missing card with the 6x7 mulitplication fact dropped between two cushions, and for all I know is still hiding there waiting for whoever ultimately bought that couch from the GoodWill store to find and rejoice that they don't have to memorize that fact again!

Seriously though, flash cards are a great way to learn math facts. Multiplication flash cards are often where people start because multiplication facts are more difficult to reconstruct in your head and they require more memorization, although addition and subtraction flash cards are a great way to move beyond mental problem solving and develop complete mastery of those operations. And, of course, division is a natural fit for flash card practice even if you have the multiplatication facts down cold and can reverse them in your head.

A good way to check your progress is to use some of the math worksheets below as a check, and then you can practice the flash cards for the problems that are missed. Try out the higher levels of some of the timed tests for each math operation. You can print these flash cards on any paper you want, and also never worry about losing one since you can always reprint them if needed. Now get practicing!