These worksheets require trees to determine the prime factorization of a number, including showing expanded and exponential forms. 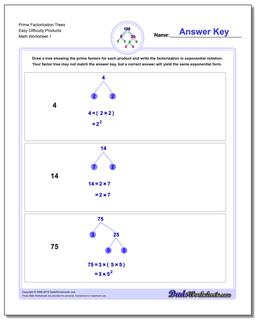