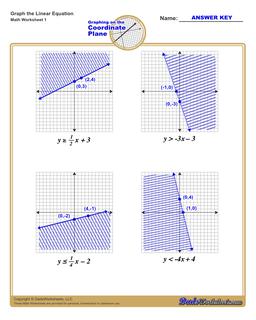 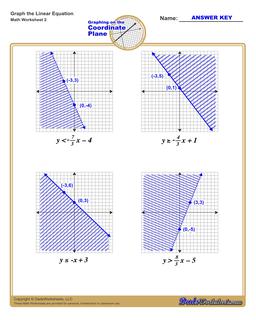 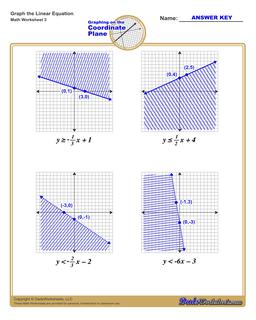 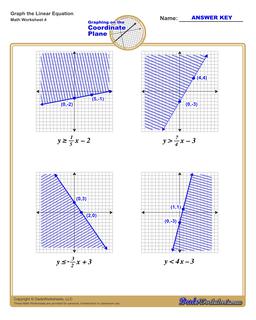 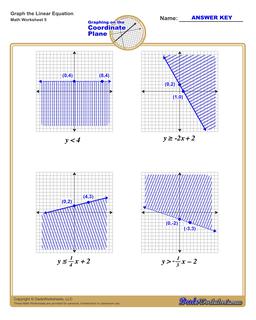 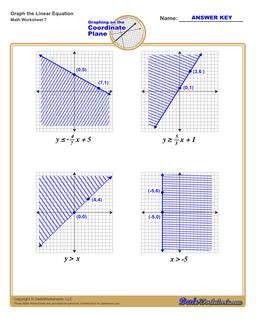 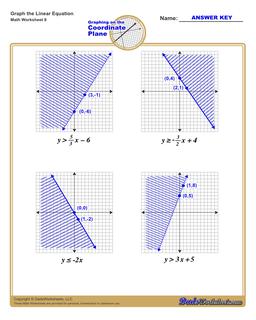 What are Linear Inequalities?

Linear inequalities look very similar to slope intercept form equations, but use inequality operators instead of an equal sign.

There are two additional steps you need to take into account when graphing linear inequalities. The linear equality describes not just a line, but also whether values above or below the line are included in a set of possible solutions. This is typically shown by shading the area above or below the line to indicate that the shaded values are included.

But beyond shading, the line itself may or may not be included as part of the solution set. You can make this determination by looking at the inequality operator in the linear inequality. If the inequality is "less than" or "greater than" in comparison, that means the points that would fall on the line are not included in the solution itself. By convention, this shown in the graph of the linear equality by drawing a dashed line instead of a solid line.

When a linear inequality uses the "greater than or equal to" or "less than or equal to" inequality operators, it means the points falling on the line ARE included in the solution set, and in those situations a solid line is drawn on the coordinate plane to reflect this.

With those two extra peices of information, along with some previous skill graphing linear equations, the steps to graph linear inequalities are fairly straightforward...

How to Graph Linear Inequalities

If you have a linear inequality in slope intercept form, you can use these steps to graph that inequality on the coordinate plane:

If you are graphing linear inequalities, the worksheets on this page provide great practice resources for middle school algebra students. You can also print a blank coordinate plane to graph other equations, or try working with the slope calculator to see how different points are used to calculate slope and make an equation in point slope form.