For these problems, kids are given a simple fraction and asked to draw a pie chart representation of the value completely independently; unlike the worksheets from the prior section, these worksheets do not include the pre-divided fraction shapes as hints. Initial worksheets start out with basic fractions, and later sheets introduce mixed fractions. 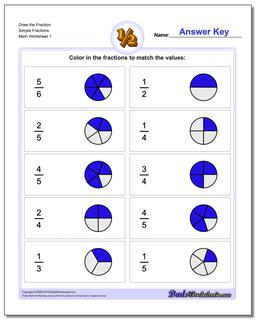 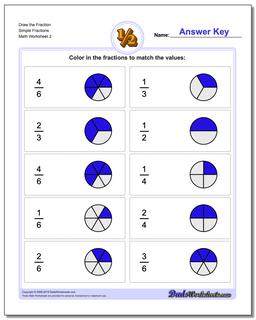 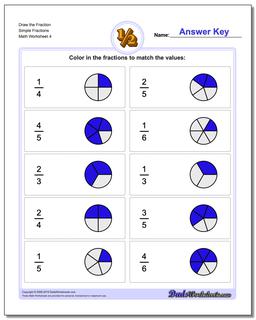 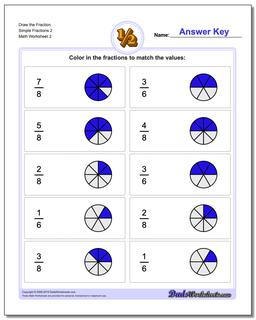 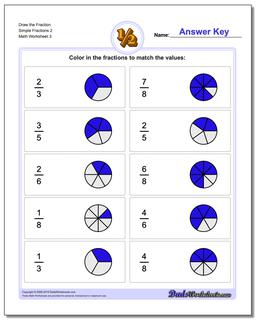 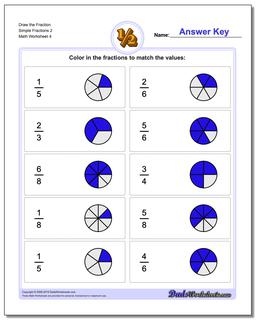 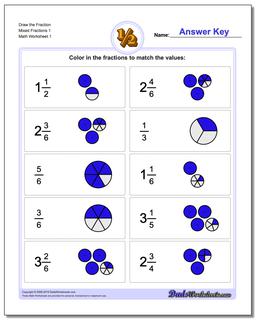 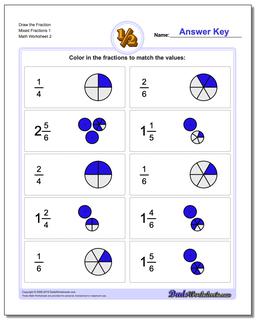 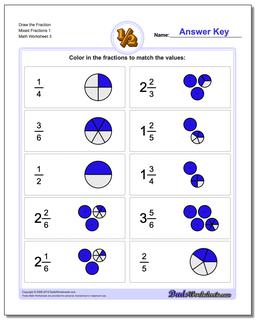 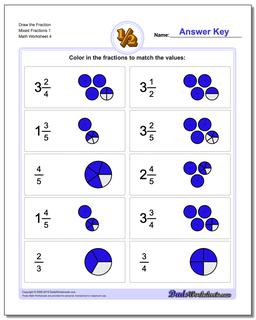 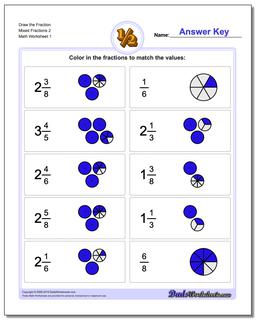 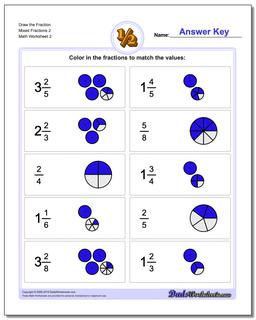 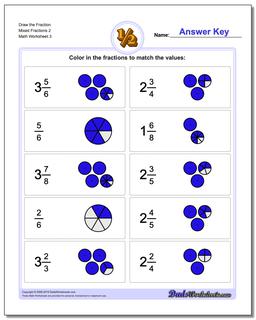 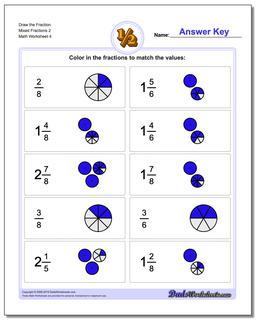 Being able to visualize a fractions is a useful skill, and provides the foundation for understanding the relative value of fractions that do not have a common denominator. The answer keys here show the fraction as a pie chart, with the sections of the pie divided appropriately given the denominator, but other representations such as arrays might also be considered acceptable answers to these problems.