Worksheets for reducing improper fractions to mixed numbers while finding the lowest denominator. 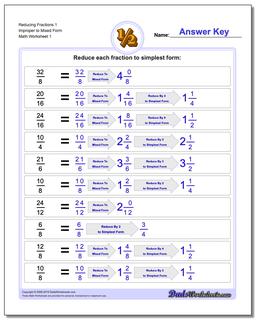 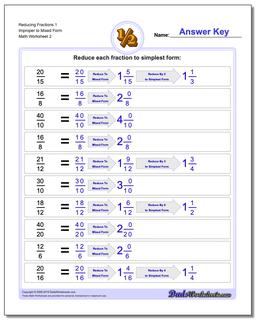 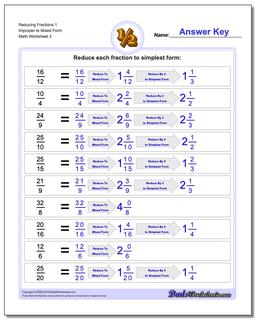 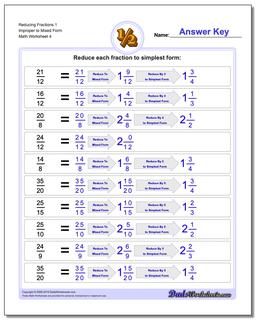 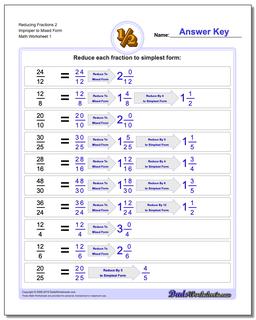 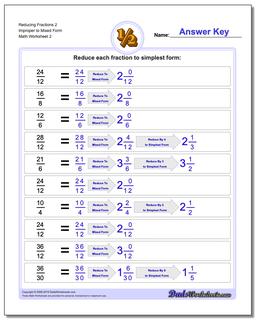 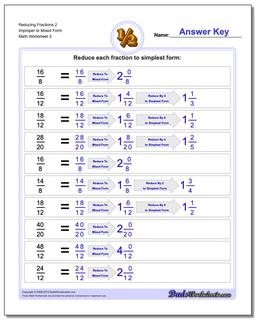 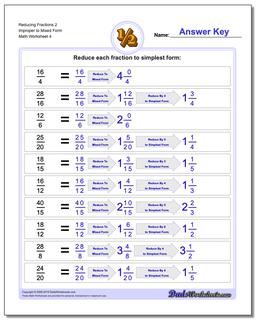 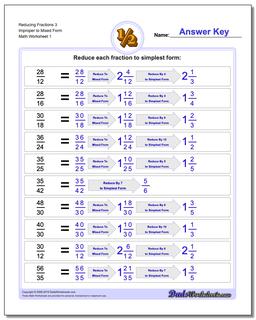 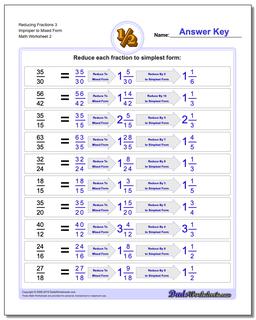 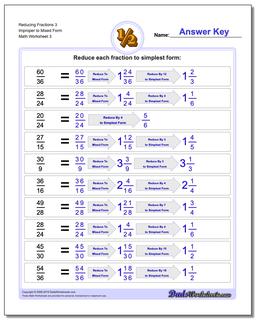 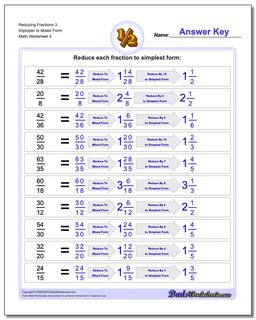 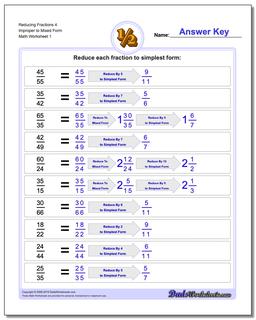 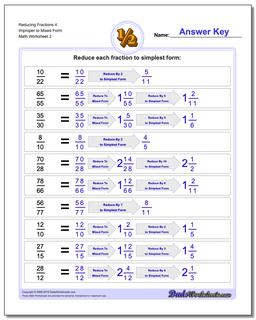 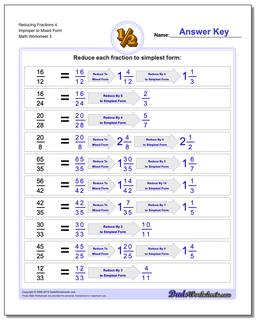 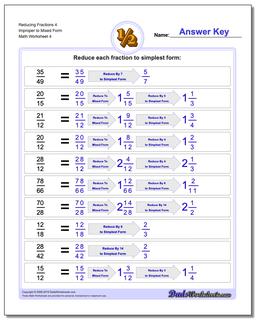 This is the third set of worksheets that deal with reducing fractions. These worksheets introduce improper fractions, so the student is required to factor out whole amounts from the numerator to get the final proper fraction. The answer keys show the common factors used to make the reductions, as well as the extraction of the wholes component.