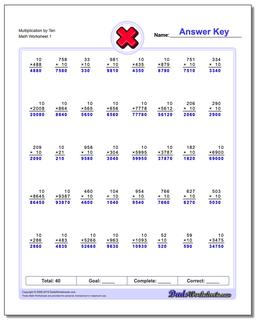 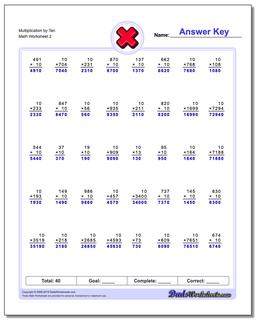 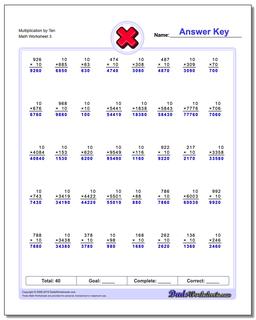 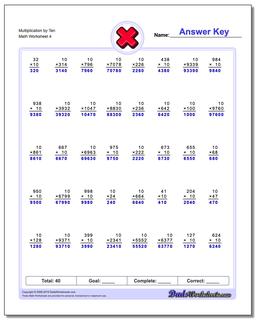 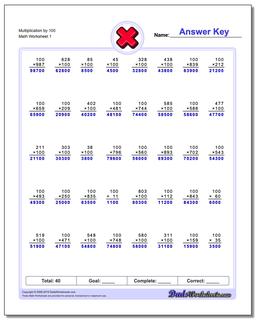 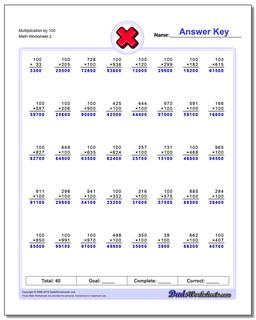 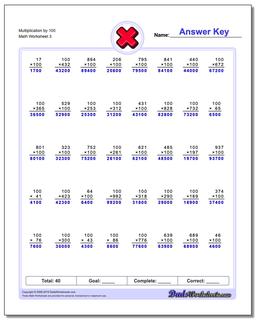 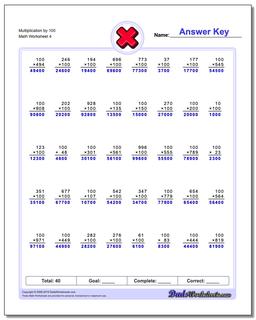 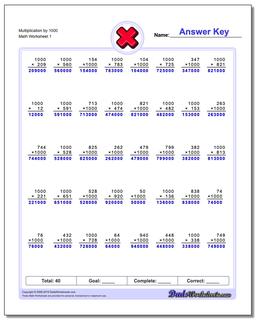 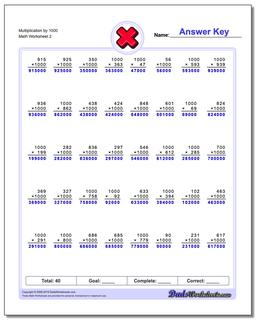 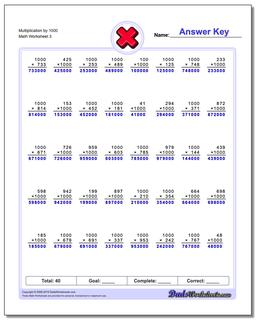 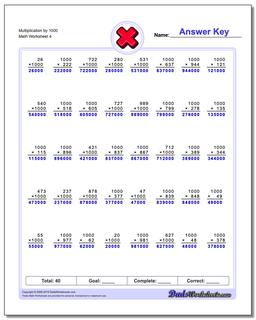 Multiplication by Factors of Ten 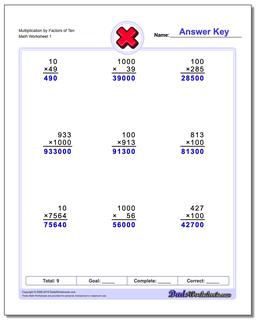 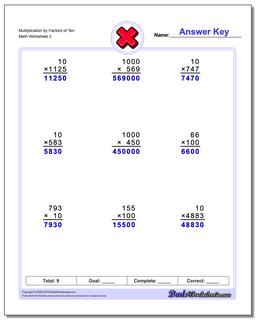 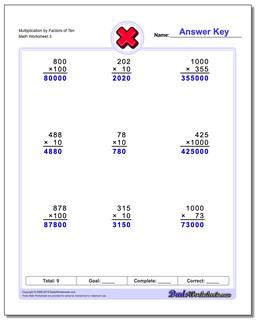 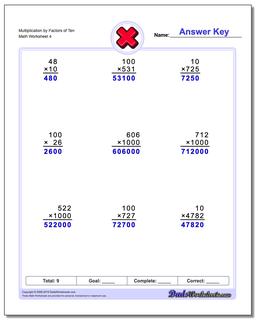 Multiplication by Values Ending in Zero 1 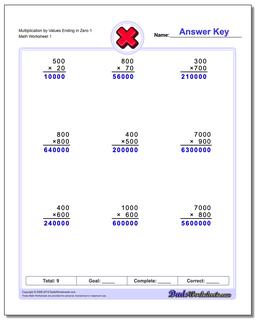 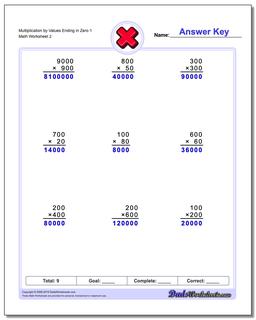 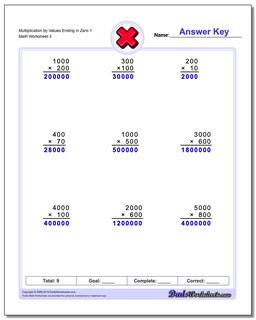 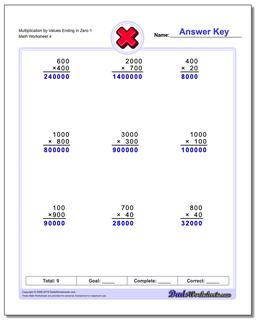 Multiplication by Values Ending in Zero 2 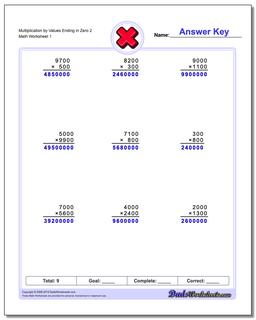 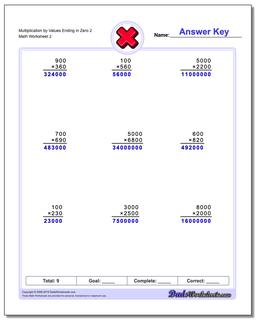 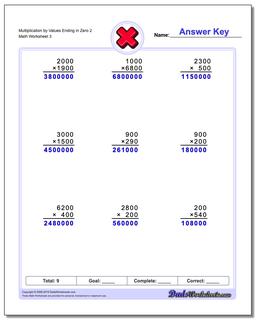 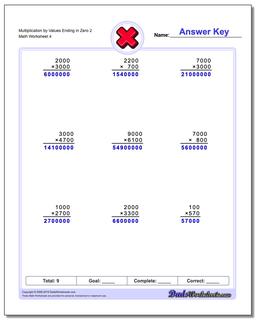 Because our numbering system is expressed in base 10, multiplying (and dividing) by powers of ten is relatively simple mechanically. These worksheets provide problems that reinforce this simple skill, and hopefully also lay the foundation for shifting decimal points, scientific notation and other math topics that deal with place value. Later worksheets in these sets deal with problem terms that are not perfect powers of ten, but are instead multiples. This combines the concepts of single digit multiplication with power of ten multiplication (shifting decimal places) to create powerful practice for multiplication of larger numbers. The series of worksheets ends with a set of problems that multiply multiples of ten by other multiples of ten, which is greatly simplified by the student keeping track of the corresponding number of zeroes in the answer (much like keeping track of places in the case of multiplying decimals).

Many thanks to DadsWorksheets user David Fo who pointed out this issue and suggested these multiplication worksheets!