Practice worksheets for division with fractional results expressed as decimals, including long division worksheets with hundredths (especially suited for learning division of amounts of money). 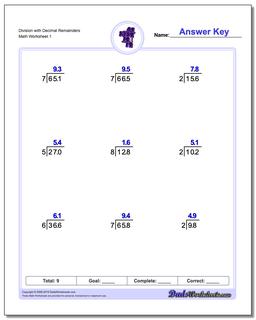 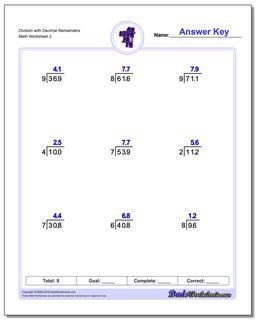 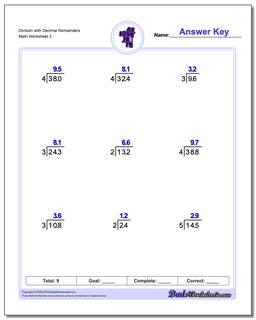 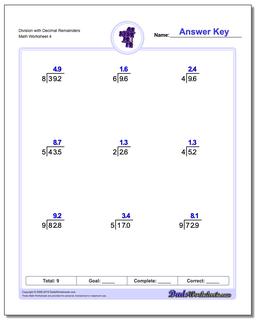 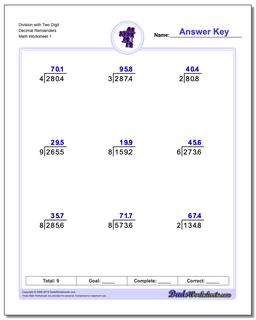 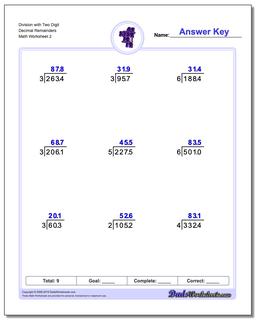 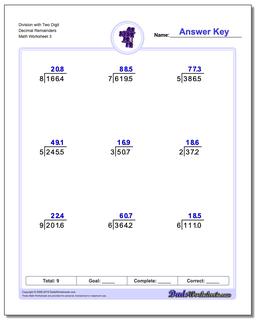 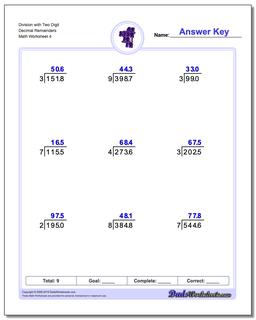 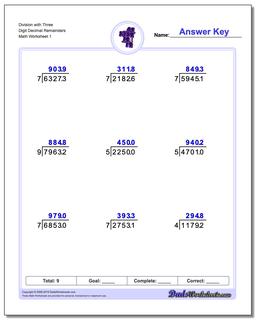 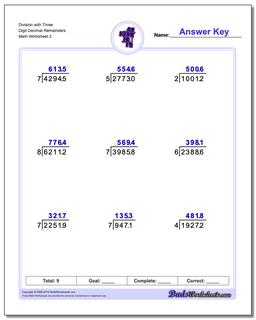 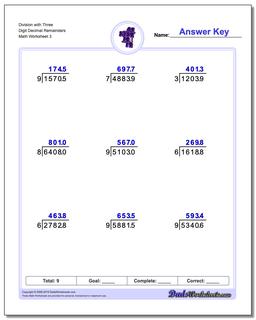 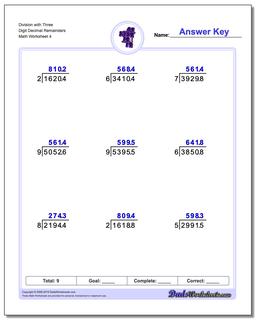 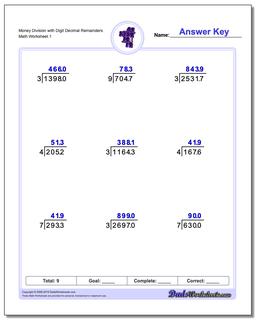 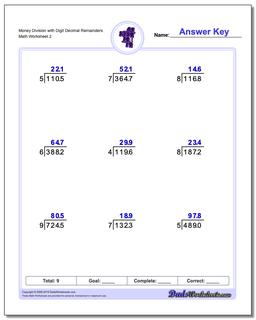 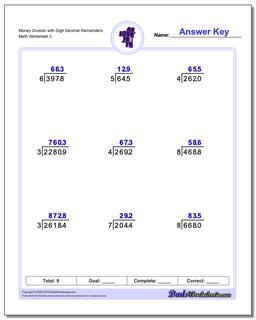 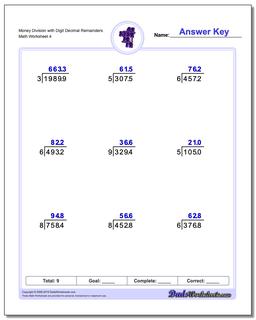 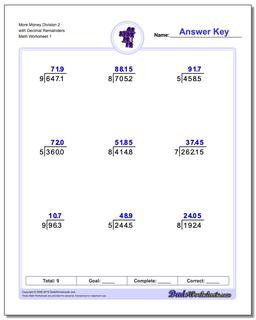 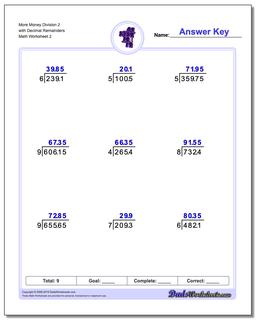 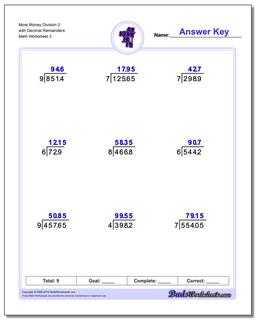 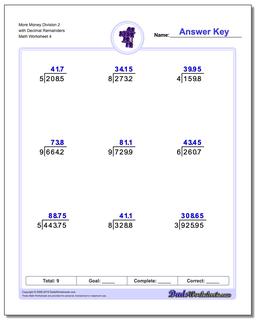 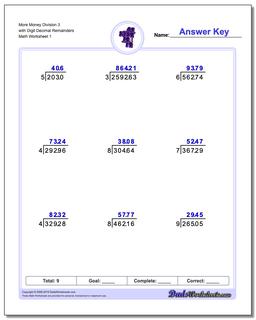 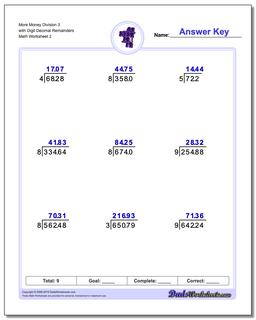 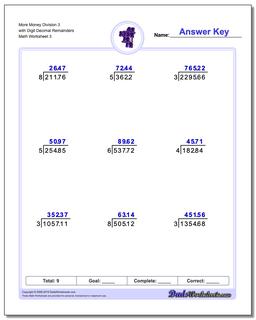 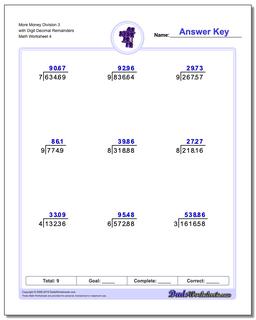 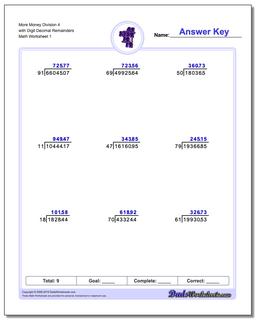 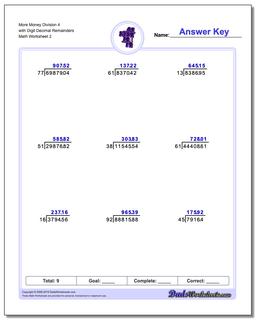 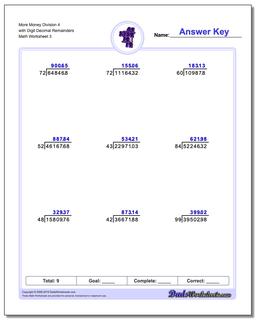 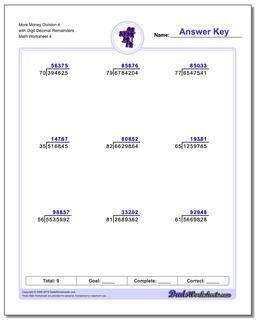