Basic multiplying fractions against wholes. Each problem on these worksheets has a single fraction multiplied by a whole value. 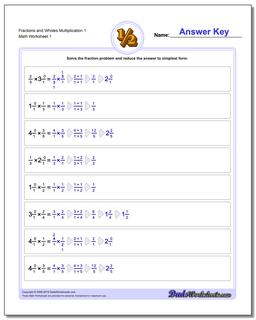 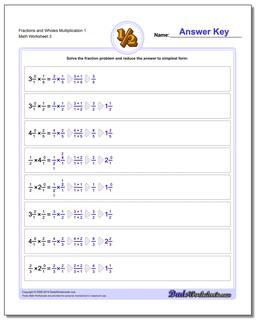 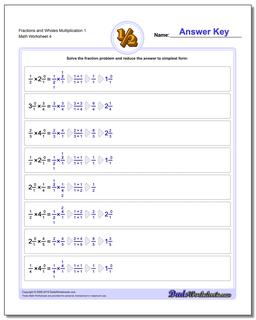 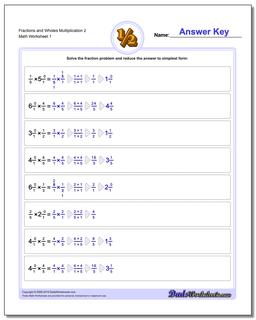 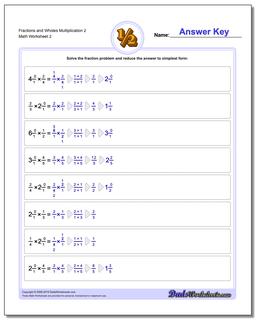 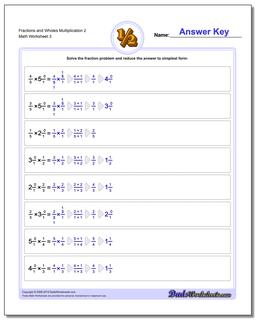 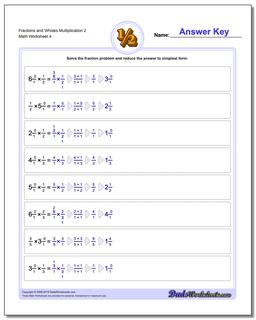 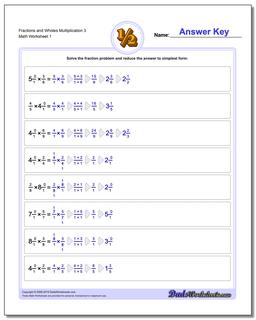 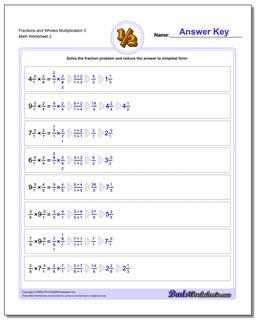 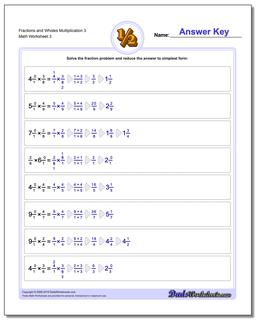 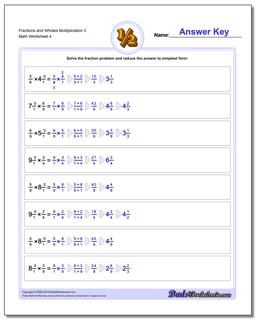 This is the first in a series of multiplying fractions worksheets, and it begins with the basic operation of multiplying whole numbers and fractions. When learning how to multipy fractions, the steps are slightly different from addition and subtraction. Multiplying across the numerator and the denominator removes the need to find common denominators, but the resulting products can make reducing a challenge. These worksheets begin with simple multiplying of whole numbers.