Worksheets for comparing improper fractions, with versions having common denominators and unlike denominators. 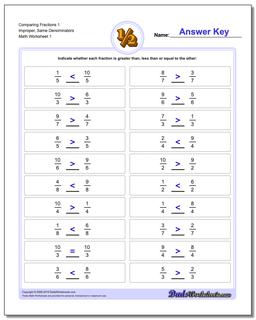 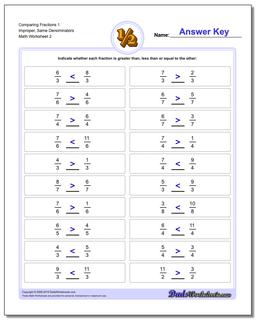 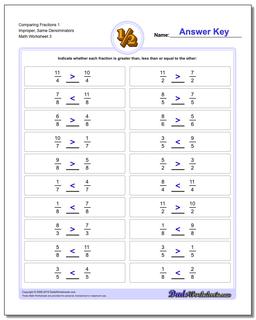 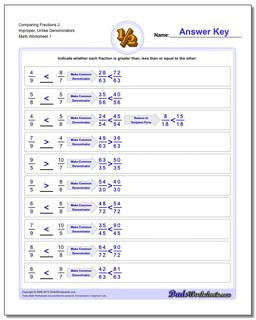 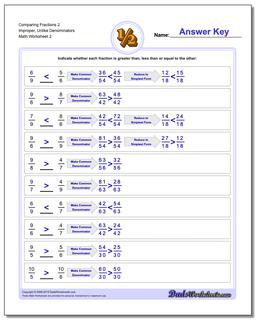 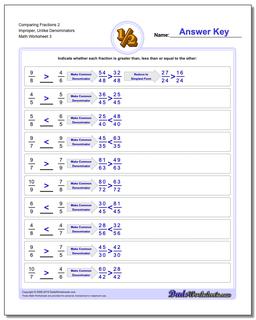 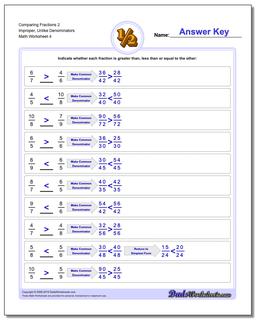 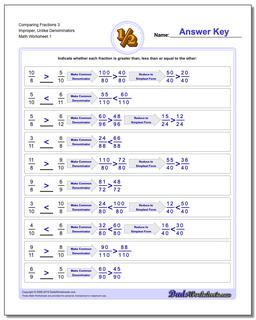 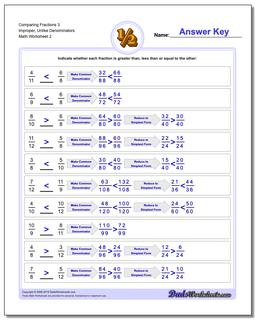 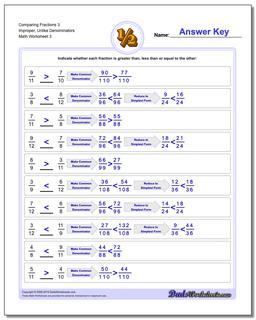 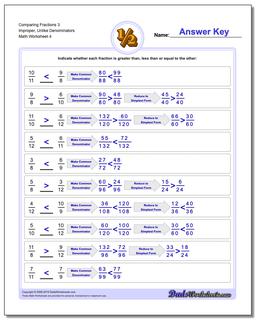